The UK government has been accused of ‘going backwards’ on its plan to create a green economy and of lacking a plan to cope with recession.

The accusations come from Tony Danker, the director general of the Confederation of British Industry (CBI) – the country’s most influential business lobby group.

According to Danker, Rishi Sunak’s government is noticeably lacking ambitions to move forward on the transition to a low-carbon economy, as a result of which business bosses are left ‘confused and disappointed’ after making progress under the lead of former Prime Minister Boris Johnson.

Danker believes Johnson to have been the ‘biggest champion’ for a green economy in cabinet and says that most businesses are convinced the UK government is reversing the progress achieved over the past five years.

Concerns are that the low-carbon economy that is currently where most of the world is headed and is widely considered the economy of the future, could be an area where the UK could gain a leading position.

Companies across the country are expecting more action on behalf of Sunak’s government on sustainable finance, renewables and carbon capture and storage (CCS) solutions, said Danker.

He described the current government as being ‘silent and reticent’ for all the different fronts of advancing the green economy.

The director general of CBI is convinced that an inability to incentivize business to push green projects and other lower-carbon schemes would heavily hinder the prospects of the nation’s economy.

That added to the growing inflation, higher taxes and heavy pressure on household incomes results in a less-than-optimistic outlook for business investment all the way through the end of 2024.

In fact, according to the CBI’s economic forecast, business investment would likely be 9% below pre-pandemic levels. 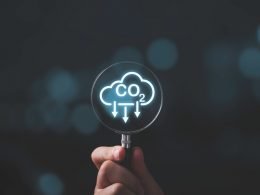 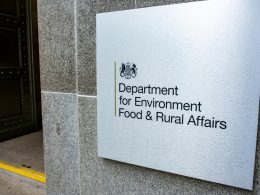