The State Of CDR Report Reveals Need For New Tech

The State of CDR (carbon dioxide removal) report has been released and shows a significant gap between the proposed deployment and what is needed to reach climate targets.

However, the report does clearly demonstrate a spike in interest toward CDR and a rise in innovation, particularly seen in patents, capacity investments, and R&D.

According to the report, currently, the overwhelming majority of CDR (some 99.9%) comes from nature-based carbon removal methods, mainly reforestation and afforestation.

And only a very small portion of about 0.1% of all CDR globally is the result of novel methods, i.e., methods that store captured CO2 underground, in oceans or in products.

And while the innovation in the field of novel CDR has certainly expanded massively, the report shows that its deployment is far below what is needed to meet the Paris climate goal of limiting the global temperature rise to 1.5°C.

CDR is just about universally agreed to be an absolute necessity to mitigate the climate crisis and an inseparable component of 120 national governments’ strategies to achieve net-zero emissions by 2050.

However, very few of these governments have created actionable plans for the development of new CDR methods.

“In the coming years, this global CDR report should continue to regularly inform policymakers on the state of progress, by systematically collecting and analyzing the vast amount of data and developments in many parts of the world.” An important event for the carbon removal industry will take place online on Thursday, January 19th from 16:00… 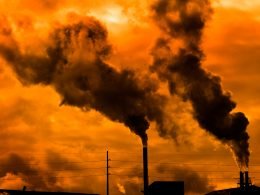