Transitioning to low-CO2 energy sources could significantly increase global emissions, according to a new ICTA-UAB study. The findings, reported by AZOcleantech, show that a low-carbon energy system typically produces 195 gigatons of carbon emissions or an additional 0.1 °C increase in global temperatures.

The study, led by researchers Aljoa Slamerak, Giorgos Kallis, and Daniel O’Neill at the University of Leeds and the Institute of Environmental Science and Technology of the Universitat Autònoma de Barcelona (ICTA-UAB), was published in Nature Communications.

And while decarbonization comes with significant energy emissions, the pros still outweigh the cons, the authors argue.

“Emissions associated with the transition are substantial,” said Slamerak. “However, the overall climate impact of these emissions is still small compared to the emissions avoided by rapid climate action over the long term. The main problem is not the climate impacts of the transition, but the impacts of inaction given how close to overshooting 1.5 °C we currently are.”

Relevant: New Study Says Switching To Renewable Energy Can Save The World $12 Trillion

Significant financial, energy and material investments will be needed for a low-carbon energy transition, the authors said.

According to the study calculations, the emissions related to the transition will amount to a range between 70 GtCO2 and 395 GtCO2, or about two to 11 times the total global emissions from last year.

Different scenarios exist for a low-CO2 transition. Low-energy scenarios use a lot of renewable energy and have much lower emissions in comparison to scenarios where the world still relies on fossil fuels, said Kallis. According to him, governments should prioritize bringing down energy use in order to combat climate change.

The researchers argued that a low-carbon energy transition would not necessarily result in a decrease in the efficiency of energy provisioning, contrary to findings from previous studies.

According to the paper, energy system efficiency decreases in the case of using fossil fuels with carbon capture and storage and biofuels. Yet, it stays the same or even increases when prioritizing renewable energy.

“Our study shows that any viable pathway for avoiding dangerous climate change requires a decrease in energy use during the initial push for the transition,” said O’Neill. “Continued growth in energy consumption is simply incompatible with the goal of a safe climate.” 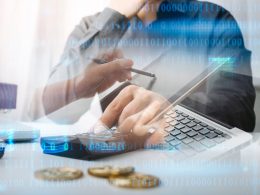