Methane Emissions Will Be Detected By New Satellite

The New Zealand government and the US Environmental Defense Fund are launching a satellite that will detect sources of methane emissions. They include leaks from gas pipelines or methane emissions from livestock. The satellite called “MethaneSAT” will circle the planet at around 28 times the speed of sound and serve as a methane detector. It is expected to be launched in 2022.

New Zealand has contributed $26 million to the mission that will be run by the non-profit US Environmental Defense Fund. The satellite aims to find oil and gas pipeline leaks which will enable researchers to tell the oil and gas industry exactly where they are coming from so that they can fix them.

The New Zealand science team that will track the data will focus more on the emissions from livestock. The team based in the US, on the other hand, will keep an eye on the methane emissions from the oil and gas industry, including the data on leaks from long pipelines.

New Zealand has been long suffering from high emissions rates from agriculture. Methane comprises 43% of the country’s total GHG emissions, and the majority of that comes from the flatulence of cows.

According to Megan Woods, minister for research, science and innovation, the mission will “increase New Zealand’s reputation for future space missions and provide vital data to support our own climate change policy.”

Rocket Lab is the company that will develop and operate the mission control. It will manage MethaneSAT at the University of Auckland. The company’s software will do the tracking, pointing and positioning of the satellite, and will prevent crashes. Harvard University will be participating with the development of the sensor to detect the methane.

How Much Methane Do Cows Produce?

Global methane emissions from livestock are known to be increasing, however scientists are not aware by how much and exactly what percentage is attributed by livestock as opposed to wetlands, rice paddies, gas and oil pipelines and other sources.

The satellite should give a much more precise picture of the amount of methane being released, from where and at higher resolutions than before. It will reveal the true climate impact of agriculture and potentially open the discussion on how to reduce methane emissions. 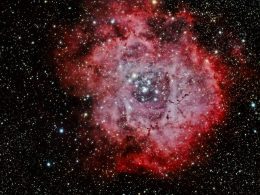 Is Hydrogen The Solution For A Net Zero World?

Hydrogen (H) is the most abundant element in the universe. It takes three quarters of the universe’s matter… 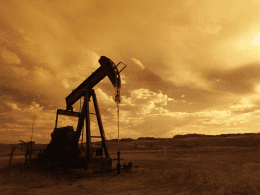 Peter Reinhardt, CEO of Charm Industrial is this week’s guest on “This is CDR”. He’ll tell us more…