Shell is facing another greenwashing ads’ claim this week. A Netherlands’ advertising watchdog is pushing the oil giant to stop running a campaign that promotes fuel purchases as “carbon neutral” under the condition customers purchase carbon offsets.

Shell’s campaign is called “Drive Carbon Neutral” and has been running in the UK and Netherlands. It is promoting that customers can pay an extra fee to fund carbon offsetting programs like planting trees when they buy petrol and diesel.

Apparently, that campaign annoyed a group of nine law students from the Free University in Amsterdam as they filed a complaint to the Netherlands’ Advertising Code Committee. They accused Shell of greenwashing marketing strategy because the campaign implied the offsetting will be equivalent to the emissions generated by burning the fuel. However, their argument is that this is unlikely to happen given the cost of the service – one cent per liter of fuel.

Furthermore, Shell does not provide evidence, publicly or to the students, that it is offsetting the emissions in full. In the ruling, an acknowledgment was made that Shell has used third-party research to support its offsetting approach.

Shell responded to the accusations that it “takes its responsibilities as an advertiser extremely seriously” and called the campaign a “genuine and important initiative to give consumers the option to offset CO2 emissions associated with the fuel they purchase.”

The company had not filed a formal response to the case yet but stated it will consider improving the communication of the campaign. The Committee upheld the complaint from the students on August 27th and gave Shell two weeks to formally appeal the decision.

That Shell news comes after the company announced it will appeal the Court ruling in May that states the company must set stronger targets to reduce emissions. That ruling came after environmental groups Friends of the Earth and Greenpeace accused the oil major that its target of reducing the carbon intensity of products by 20% by 2030 is not aligned with the UK or EU’s net-zero goal for 2050. 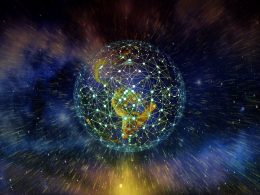 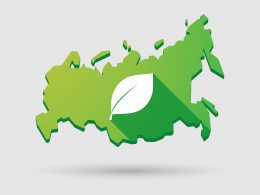 Russia is shifting its climate strategy with the aim of becoming carbon-neutral by 2060.  The announcement made by… 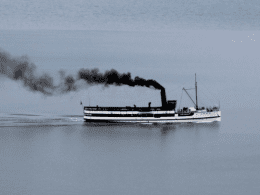 A new carbon capture technology has been proposed for CO2 reduction in the shipping industry. It uses cryogenic…