Shell has announced it will accelerate its energy transition plans. That comes after a Dutch court ruled out last month that the company must reduce CO2 emissions by 45% by 2030 against 2019 levels instead of 20% compared to 2016 levels as previously projected.

The Chief Executive of Shell, Ben van Beurden said on Wednesday that the court’s decision “applies immediately and should not be suspended pending an appeal”. He also made clear: “For Shell, this ruling does not mean a change but rather an acceleration of our strategy…We will seek ways to reduce emissions even further.”

The Dutch court ordered Shell to cut its emissions, which affects the company’s entire global business, after hearing out a case from Friends of the Earth and other environmental groups, plus the support from 17,000 Netherlands citizens.

Faster Energy Transition Is Required By Activists And Law

The event was labelled a “historic victory” for climate action and sends the message to fossil fuel polluters globally that they will be taken under responsibility if they lack ambitious measures to transition.

So far the net zero strategy of the oil giant includes reducing CO2 emissions by 20% by 2030, 45% by 2035, and 100% by 2050 compared to 2016 levels. The court has called those targets “insufficiently concrete and full of conditions”, so it required bolder and far tougher measures.

“This ruling confirms what we already knew, that global polluters cannot continue their devastating operations because the costs are too high, and they have been that way for too long,” said Rachel Kennerley, climate campaigner at Friends of the Earth.

Despite agreeing to commit to the judge’s order, Van Beurden expressed disappointment that the company had been “singled out”. Shell’s stance regarding CO2 reduction by its business and the oil and gas industry is that attacking energy producers is not enough to curb climate change but there needs to be a push to change consumer habits.

“Imagine Shell decided to stop selling petrol and diesel today…This would certainly cut Shell’s carbon emissions. But it would not help the world one bit. Demand for fuel would not change,” added Van Beurden.

The Royal Dutch Shell news of a court ruling and the company’s decision to follow through with new more ambitious targets is a huge milestone for the climate. The acceleration of the energy transition of big oil is just one step but critical towards the goal of reaching carbon neutrality by 2050. 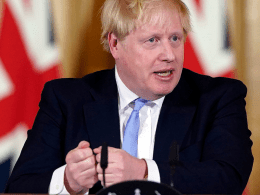 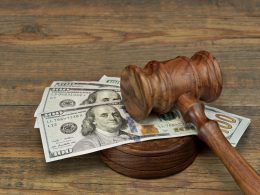