Scientists at the University of Illinois Chicago (UIC) have designed an artificial leaf that can capture 100 times more CO2 than most existing systems.

The engineers have also managed to make their creation incredibly energy-efficient, as it uses less power than a lightbulb.

And to add to the list of advantages, the artificial leaf is fully equipped to function in real-world conditions, whereas many carbon capture systems today only work in labs with very pure CO2 from pressurized tanks.

In real life, however, these systems need to be able to capture carbon dioxide from sources where it is much more diluted, such as flue gas that is emitted by coal-fired power plants or even just air.

The engineers at UIC have built the artificial leaf so that it is ready to be deployed outside the lab.

And thanks to its very high capacity to capture carbon emissions and low cost, it could potentially become a key tool in reducing greenhouse gas (GHG) emissions.

The engineers based their invention on an already existing theoretical concept, only they added a water gradient across an electrically powered membrane to the regular artificial leaf system.

This results in there being a dry and a wet side in the system, where the dry side sees a chemical reaction between CO2 and an organic solvent that produces bicarbonate (baking soda) on the membrane.

The wet side essentially contains a water-based solution that dissolves the bicarbonate, breaking it down to CO2 again, which can then be released and used to create useful products, such as fuel.

The calculated cost of the relatively small device (capable of fitting in a backpack) of captured carbon would come down to $145 per metric ton of CO2, which is well within the cost recommended by the US Department of Energy of $200/ton.

Furthermore, its small size and modular surface make the artificial leaf stackable, which means it can be applied anywhere from a large industrial organization to a small household. 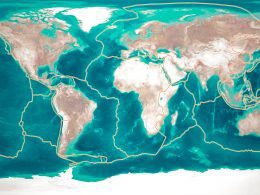 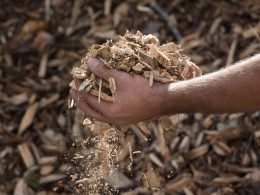 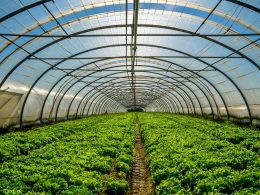 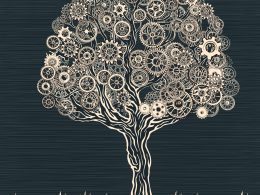