Microalgae Found To Remove Thousands Of Tons Of Carbon

A recent study by the Centre for Environmental and Marine Studies (CESAM) at the University of Aveiro (UA) showed microalgae can remove thousands of tons of carbon dioxide from the atmosphere every year.

The results of the study stress the need for the preservation of ecosystems where microalgae live, such as tidal estuaries.

The main subjects of the study were two of the ‘primary producers’ of the Aveiro Lagoon in Portugal: microalgae that live in the water and those that live in sediment surface.

The former are commonly known as phytoplankton, whereas the latter are referred to as microphytobenthos. And the term ‘primary producers’ collectively refers to all organisms that are capable of photosynthesis.

As part of the study, researchers measured the carbon dioxide that these two microalgae communities remove from the air in the process of photosynthesis, which is the most important biochemical process for life on the planet.

Essentially, it is the process of using CO2 from the air or from water to create new organic matter, and therefore it supports the entire ecosystem.

And what turned out to be the most important in this study was that the intertidal sediment zones, which had previously been disregarded and ignored, are actually the most critical part of this ecosystem in terms of their role as carbon sinks.

And together, they form an overall carbon capture capacity of 12,400 tonnes of CO2 per year for the Aveiro Lagoon alone.

That is roughly the equivalent of the emissions of 10,000 people.

But while this data is exciting, the scientists involved in the study of the algae populations still warn about the fact that it is still not enough to compensate for the emissions of all human activity on the planet and more efforts are necessary to compensate for those. 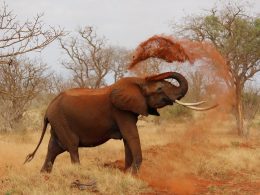 Losing Elephants Could Lead To Lower Carbon Sequestration Of Forests

Nature is always surprising scientists in its elegant ways of restoring balance, including mitigating climate change. As it… 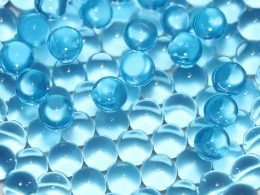 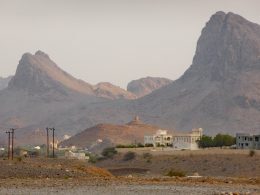 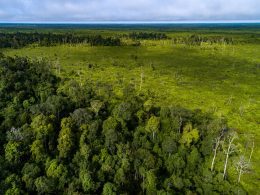 Major climate change initiatives are planned to roll over the UK to cut climate-warming emissions. The government is…