The Kemper project, one of the most emblematic carbon capture technology sites in the US, has collapsed after being imploded by Southern Co.’s Mississippi Power unit earlier in October 2021.

The project was half of a power plant in Mississippi and its purpose was to store the carbon emissions from gasifying lignite coal. It was one of the earlier carbon capture projects of its scale and had gained worldwide attention as it was headed to become the first commercial-scale carbon capture project on a major coal plant in the US.

And the facility that was to host the project is known as Plant Ratcliffe.

However, in 2017, the Kemper project came to a halt after a series of delays and increased costs, which led to construction being stopped altogether by Mississippi utility regulators.

According to them, the facility was henceforth only allowed to run on natural gas.

And since then, workers have been removing equipment from the plant that is not required for the production of electricity. The controlled implosion was a planned step that followed in the process. And as plant Manager Bruce Harrington shared, there will be an additional felling, as well.

Despite this saddening chapter for the carbon capture plant, it may not be the last one in its history.

In 2020, the Southern States Energy Board received a grant from the Energy Department in support of a $23.5 million feasibility study directed at storing CO2 emission from three of Southern’s power plants in Mississippi and Alabama.

And currently there are carbon capture assessments running at Plant Ratcliffe. The aim of these studies is to understand how technically feasible it is to have a regional carbon sequestration hub. 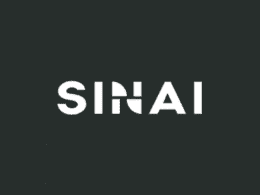