How Will Increasing Popularity Of Space-flying Affect Climate Change Mitigation

Space-flying is becoming a hot topic in recent years, with companies like SpaceX, Blue Origin, and Virgin Galactic delivering ground-breaking innovation in the sector. There were 114 orbital launches in 2018 which is the first triple-digit count since 1990. 2021 is about to see more than 130 orbital launches – that is the first time it has happened since the 1970s.

However, researchers are starting to think about the environmental impact of those launches and the longer-term effects on climate change mitigation strategies. The world is trying to figure out how the Earth might react to the billowing plumes of rocket exhaust and carbon dioxide, soot, alumina, and other particles that are spewed by the increasing variety of rockets.

As the world is putting tremendous efforts to move away from fossil fuels and transition into a net-zero economy, the rise of the new space-flying industry that is also a heavy polluter also raises concerns and questions.

The emissions of most rockets are more than many planes. Even though the space flight industry is embryonic right now, calculations of emissions impact are necessary for the science community to stay on top of its development.

Nowadays, rockets collectively burn about 0.1% of the fuel planes do, which means their impact is negligible. However, those calculations do not take into account the unknown but likely substantial carbon footprint of producing, transporting, and cooling the tons upon tons of fuel used in space launches.

“While it doesn’t match aviation, it’s still a big add-on,” said Ian Whittaker, a lecturer in space physics at Nottingham Trent University in the UK.

It is also estimated that the carbon footprint of a Virgin Galactic’s flight equals flying business class across the Atlantic. For comparison, an orbital launch of the upcoming fully reusable SpaceX Starship will emit as much carbon dioxide as flying a plane continuously for about three years, according to Whittaker’s calculations.

In terms of reducing carbon footprint, Virgin Galactic is looking for opportunities to offset the emissions for future customer flights. SpaceX has not commented directly on carbon emissions, but CEO Elon Musk is a supporter of a carbon tax policy.

Until that happens, the total CO2 footprint of the industry would also depend on how often companies will launch in the future which is currently uncertain. Virgin Galactic hopes to eventually operate 400 flights per year while SpaceX sees Starship shuttle passengers between major cities in under an hour in competition with commercial airlines.

Despite its environmental impact, flying into space brings great benefits to humanity – from revolutionized weather forecasting and communications technology to improved researchers’ ability to understand how human activities have altered the Earth’s climate.

Researchers are united around the notion that progress should not be stopped but rather potential climate change mitigation and adaptation problems should be identified ahead of time so that they could be eliminated. As of today, the space industry is mostly harmless and scientists suggest environmental research programs could help it stay that way as it matures. 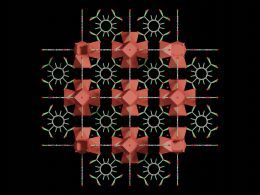 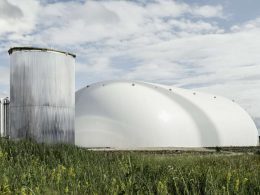 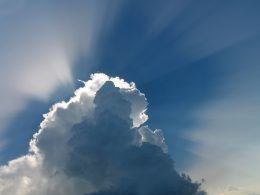 So far in the world of direct air capture (DAC) technologies, one of the major issues has been… 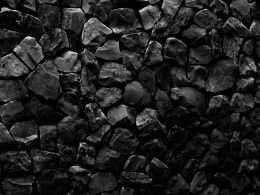 Scientists Around The World Are Turning Carbon Into Rock