Harbour Energy and Associated British Ports (ABP) have entered into an exclusive commercial relationship to build a CO2 import terminal at Port of Immingham, United Kingdom. The terminal will provide a large-scale site to connect CO2 emissions from industrial businesses in the UK to the Harbour Energy-led Viking CCS project in the North Sea.

This August, ABP agreed with Air Products to support hydrogen production at the port, and the company invested in infrastructure and a new jetty to handle the import and export of liquid bulk products. In addition to green ammonia, the jetty is designed to also handle liquid CO2 and link to the transport and storage sites.

With the new agreement, ABP joins a network that includes West Burton Energy, Phillips 66, and VPI, which aims to achieve the first CO2 capture by 2027 and bring down UK emissions by 10 million metric tons per year by 2030.

“We are delighted to welcome Associated British Ports as a partner to the Viking CCS network through their investment in the Port of Immingham,” said Steve Cox, executive vice president for health, safety, environment, security and global services at Harbour Energy. The double-purpose jetty will play an important role in the reduction of the UK’s emissions and boosts the Viking CCS network’s potential to offer a viable solution for stranded CO2 emissions from UK businesses, he also said.

Associated British Ports owns and operates 21 ports in the UK, which account for about 25% of the UK’s sea-borne trade.

Based in Edinburgh, Scotland, Harbour Energy is the United Kingdom’s biggest independent oil and gas business. It is listed on the London Stock Exchange. 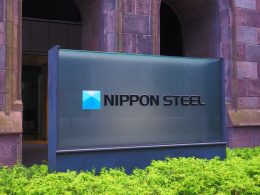