Exxonmobil (NYSE:XOM) released its FY Q2 Earnings results on July 30th, 2021. The company impressed with results exceeding expectations. It reported earnings per share (EPS) at $1.10 vs forecasted $0.96 – the best in more than two years, and revenue at $67.74 billion, also ahead of the expected $66.81 billion. Exxon earnings also showed EPS are turning around sharply from the year-ago quarterly loss of $0.26.

Exxon earnings reveal has found itself in a better position due to higher oil prices and demand recovery after the Covid-19 pandemic. As CEO Darren Woods explained, Exxon is realizing benefits from a better cost structure, operating performance, and low-cost-of-supply investments that have boosted the returns.

It has actually managed to pay off $3.3 billion from its debt in Q2, following the payment of $4 billion in Q1, and is showing stable cash flows. It reported $9.7 billion of cash flow from operations, sufficient enough to cover dividends, capital investments, and debt reduction. That confirms its ability to provide stability and increase shareholder value.

All that being said, the Exxon stock dividend yield at 6% is also admirable and it looks safer than a year ago, when oil demand was down and the company’s cash flows were not enough to cover its payouts.

What also stands out is the success of the chemicals and plastics business that increased almost fivefold from a year ago to a record $2.32 billion – best-ever quarterly contributions. The demand for chemicals and polyethylene, in particular, has stayed steady during the pandemic which coupled with improved margins explain the performance.

The company is highly focused on generating stable shareholders’ returns. The management has preferred to repair the balance sheet before spiking rapidly dividends as it borrowed heavily and burned nearly $28 billion in cash as a result of the pandemic.

It is planning to reduce expenses and manage capital expenditures while growing the overall balance sheet capacity. It bets on generating sustainably its shareholder’s returns as it shows with slowing down on expanding new oil and gas expenses on exploration and development.

Projections for future Exxonmobil earnings also look positive. According to analysts’ estimates, the company should earn $4.29 per share for 2021 and $4.76 per share for 2022. Is Exxon stock buy or sell right now? With a share price at $53 currently and falling, the stock could look like a bargain for some investors confident in the future Exxon earnings potential.

Currently, Exxonmobil might be at the forefront of major developments going forward. The company is currently undergoing an energy transition, increasing its exposure to new clean technologies like carbon capture, hydrogen, and advanced biofuels. There are also rumors that at board level, discussions are ongoing about the company announcing net zero targets by 2050.

Contemplating fossil-fuels is also proved by the launch of Low Carbon Solutions – an entire new business unit dedicated to deploying carbon capture and storage and other opportunities in the low carbon energy sector.

The company aims to become a leader in carbon capture and to be honest, an oil and gas company with decades of experience in the energy sector is best positioned to create a market for new technologies and exceed their large-scale adoption.

In fact, Exxon has rolled up sleeves and showed great commitment to accelerating permanent carbon capture and storage. It has proposed the construction of a jaw-dropping $100 billion carbon capture hub in Houston aiming to sequester underground 50 million tons of CO2 per year by 2030 and 100 million t/yr by 2040 from the emissions of industrial facilities from the region.

It has put forward the proposal in front of the US government and also plans to expand on private partnerships to move ahead with the ambitious project. It also announced carbon capture could present a $2 trillion opportunity by 2040 which also represents a new revenue opportunity for the company as a leader in the sector.

According to the newest market reports, carbon capture is projected to be a $6.13 billion market by 2027, growing at a CAGR of 7.88% from 2020 to 2027. There is no reason why Exxon couldn’t take advantage of this market opportunity and grab a piece, and it has already taken the necessary steps.

Big Oil is already under great pressure from environmental groups and governments to reduce emissions and transition for a world that eliminates fossil-fuels from the economy. Additional pressure Exxon experiences from activist investor Engine N.1 that owns 0.02% of the company and managed to win three board seats at the Exxonmobil board of directors. The investment firm aims to influence the company to move away from fossil fuels and drive a more robust climate change strategy to alleviate its strong reliance on oil and gas.

The biggest takeaway for investors is that emissions reductions programs exist in the company and the fact that it is now engaged with carbon capture and storage and climate change concerned investors are part of the board are critical to point the direction where it is heading.

The increasing participation from Exxon in carbon capture projects that are growing recently shows how big a business opportunity carbon capture and storage is, especially in times when oil prices are falling and the company is wise about spending money.

On the bearish side, Exxonmobil’s earnings performance is closely related, of course, to oil prices. The company has shown it can generate a great amount of cash when oil prices trade around $70 per barrel, however, when they fall, it’s a different story.

Right now, as of August 23rd, oil prices are experiencing a pullback from June highs around $75, trading below $64 which is felt by the Exxon stock. The lower oil prices at the moment are one of the main reasons why the stock couldn’t jump higher after the release of the Q2 Exxon earnings reports but instead curtailed gains.

There is no guarantee that prices will remain in the $60-$70 range either, especially with looming worries over new Covid-19 variants and potential lockdowns as we head into the autumn and winter seasons.

In fact, the highly contagious Delta variant pushes leaders in the United States, Australia and elsewhere to renew restrictions in the mid of summer, and China is fighting right now the most serious outbreak since last year’s peak in Wuhan.

Exxon is also under tremendous pressure to move towards the direction of switching to emissions-free energy sources. Big Oil can no longer just talk about climate and energy transition but it needs to actually roll-up sleeves and invest in developing green energy. It also has to take concrete steps along the road to get to net zero by 2050 to meet the Paris Agreement targets.

A clear example of that happened earlier this year when Shell received the added incentive of a Dutch court ruling that it must actually reduce its gross emissions and not just satisfy its net zero pledge via offsets, planting trees, or other methods.

Any negative press like Greenpeace revealing the company’s attempts to fight against climate change behind closed doors would influence the stock going forward. Investors could move towards green energy transition stocks and away from oil and gas companies if they fail to prove progress towards restriction of emissions or engagement in low carbon energy projects.

The technical analysis shows the price just broke below the neckline of a bearish head and shoulders formation on the 5-year Exxon stock chart. Since those patterns tend to carry out, it hints the $46 levels potentially coming next for the share price.

If we see a break higher from $55.25 next – where the neckline of the H&S pattern is, the bearish trendline active since October 2018 could limit further attempts to continue higher. A successful breach though would signal a strong bullish trend reversal and could represent a buying opportunity as per the Exxon stock forecast.

The recent Exxon earnings results confirmed once again the company’s long known ability to generate stable returns for its shareholders. However, revenue and profits are improving but there have been major changes in Exxon’s board with hedge fund Engine N.1 winning three seats in the latest election.

Those changes now signal Exxon might be pledging net zero by 2050 next – a turning point in the company’s history. That and the increasing investments in low carbon technology projects like carbon capture could mean the company might not be focusing that much on increasing sustainable profits for investors in the next few decades but to fund the energy transition it seems to be at the forefront of going through. 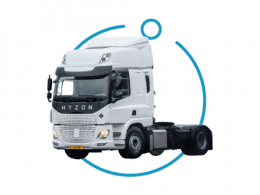 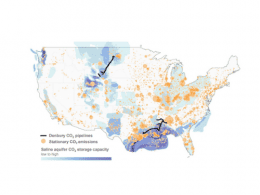 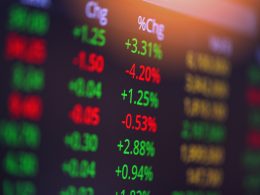