A Consortium involving local and global energy companies in Australia is proposing to develop a $2 billion hydrogen hub. The hub is deemed to be Australia’s first-ever hydrogen valley and is located in the New South Wales’ Hunter region. The project is called the Hunter Hydrogen Network (H2N) and includes the large-scale production of green hydrogen, transportation network and export projects.

The consortium is led by the advisory company Energy Estate and energy players AGL, APA Group, ITM Power, Idemitsu and Trafigura, RES Australia and WalchaEnergy. Their goal is to enable the development of the hydrogen economy and to unlock the potential of the region in its transition from coal energy.

The first stage of the project involves green hydrogen production using renewable energy – wind and solar. It will supply the mining, transport and industrial users in the upper Hunter Valley. The second stage is dedicated to the building of a pipeline for the transportation of hydrogen to Newcastle.

There, it will be utilized for the production of green ammonia for export and as a green fuel for local users. It will also be used as a resource for the chemical industry and for hydrogen turbines that provide green dispatchable energy solutions. If there is a potential third phase of the project, it would involve another hydrogen pipeline to the central west and New England renewable energy zones, expected to be developed.

Hannah McCaughey, an executive with APA, also commented that the project would “support a lower carbon future and potentially unlock Australia’s unrivalled advantages in hydrogen”.

The consortium is yet to start discussions with the government. Mr Dwyer also commented that they aim to plan the infrastructure to allow the development of the hydrogen economy rather than look for financial backing from the government. Australia’s goal is to bring down the cost of producing hydrogen to $2 a kilogram which aligns with the project’s ambitions.

The government plans to establish the country as a major global hydrogen energy player by 2030. It has set $213.5 million for the development of four clean hydrogen hubs in regional Australia. It is also home to the biggest carbon capture and storage project in the world called Gorgon CO2 Injection facility.

Another advantage from the development of the Hunter Hydrogen Network is the opportunities it brings for long-term, sustainable jobs development in the region. Green hydrogen is one of the government’s five “low-emissions” technology priorities. It is estimated to bring more than 8,000 jobs by 2050 and generate about $11 billion a year in GDP.

The New South Wales hydrogen project is showing both corporate and public sector ambitions to bring new clean energy opportunities into Australia. With the number of hydrogen hubs increasing, the country is leading the way in utilizing the latest technologies for mitigating climate change. 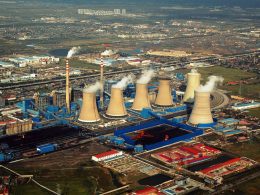 Hydrogen energy is the new name of the carbon reduction game in China, as some of the country’s… 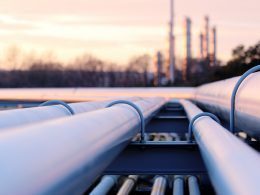 New 2,000 Mile Carbon Capture And Storage Pipeline Is On The Horizon

Carbon capture and storage infrastructure in the US is expanding. Summit Carbon Solutions – a newly found carbon… 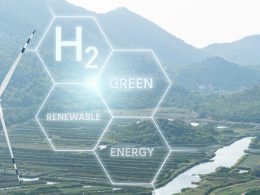 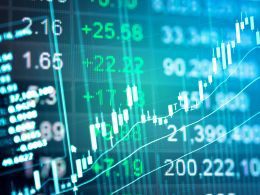 The global carbon market value saw a 164% rise in 2021, bringing the total value to a record…