The challenge faced by carbon capture and carbon removal companies and enterpreneurs is reducing the amount of carbon dioxide and other gases that are already in the air. The startup 44.01, whose name represents the molecular weight of carbon dioxide, offers a solution that can turn CO2 into a mineral using a completely natural process. And to help run this process at scale, the company has already secured $5 million in funding.

The process involves the use of a stone called peridotite, which has long been known to react with carbon and water to produce calcite – an ordinary, harmless mineral. However, peridotite is usually only found deep below sea level, with the exception of the northern coast of Oman, where massive amounts of the mineral has been raised to the surface.

This process is known as carbon mineralization and has the potential of being a major factor in the fight against climate change, if harnessed and applied on a very large scale. And that is precisely the aim of 44.01.

Of course, the mineralization would need to be accelerated significantly, as in nature it takes years. The good news here is that no extra energy needs to be applied for this purpose. Instead, since the reaction of the minerals only occurs in a lower energy state, the process will be sped up by injecting higher levels of CO2 than found in the atmosphere.

One of the noteworthy advantages of the proposed solution is that it does not involve the use of toxic substances that could, in the event of malfunction, pollute the environment. And the project itself will be carbon-free, as well.

44.01 says it will be able to use existing infrastructure created by the oil industry to facilitate a biodiesel-based supply line of raw materials and thus avoid negating the whole endeavor by releasing CO2 emissions as fast as it can sequester them.

Third Derivative Announces The 15 Startups Of Its Next Cohort

German-Brazilian startup InPlanet announced that it has raised $1.3 million (€1.2 million) from a group of investors including… 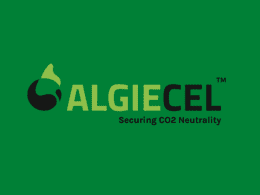 Danish startup Algiecel has secured €1.3 million (~$1.4 million) in a seed funding round to further develop its…