The legislation addresses specific recommendations made in the IPCC’s latest report and directs Congress to take bold climate actions. It points out that even though nothing can replace eliminating fossil fuels altogether, reducing the carbon dioxide emissions by investing in technology that takes it away from our atmosphere is part of the key effort.

“The most recent IPCC climate report focuses on carbon removal as a solution to climate change… Although these solutions are costly and still evolving, we need them to maintain a safe climate. The federal government must provide robust support to develop and deploy these technologies quickly. Our bill answers this call to action by creating a sustainable, long-term market for direct air capture and other carbon dioxide removal processes…,” said Rep. Peters.

The Federal Carbon Dioxide Removal Leadership Act of 2022 consists of a CO2 removal quota via direct air capture or other methods to be completed by the Department of Energy (DOE).

It recommends setting a declining per-ton price ceiling to incentivize cost reductions over time and give flexibility to DOE to invest in nascent technologies with high carbon removal potential. It puts forward the need for ensuring best practices for monitoring, reporting, and verifying of carbon removals.

The bill highlights that one of the reasons for carbon removal solutions to remain nascent and expensive on the technology side is the lack of a long-term demand signal for this service. Such legislation aims to support the long-term market for direct air capture and addresses the problem of demand uncertainty going forward.

The industry also responded to the legislation, expressing gratitude and support to Chairman Tonko and Representative Peters for their initiative.

“In April, 2022, the world’s most pre-eminent body of climate and energy experts has issued their latest
report on how to avoid the dangerous impacts of climate change. The message is clear. We must accelerate
our efforts on directly reducing emissions in all sectors of the economy… The “Federal CDR Leadership Act” gives the United States an excellent tool to kick-start this removal effort. By allowing the Federal Government to directly purchase high integrity carbon removal from domestic facilities that will create jobs and drive investment, this Act increases both America’s climate action and economic resilience,” according to direct air capture company Carbon Engineering.

Rep. Peters is a long-time supporter of climate change legislation. His list of climate accomplishments includes bipartisan regulation to incentivize carbon utilization and direct air capture research and development, introduced in 2019 during his time in Congress. The bill was passed as part of the Fiscal Year 2021 federal spending package.

The POWER ON Act became law as part of the Infrastructure Investments and Jobs Act of 2021. In 2013, he founded the Congressional Algae Caucus – an effort to inform members and staff about the benefits of algae.

The stark IPCC report on climate change mitigation bears fruit as an important climate action was taken as a result. The legislation is critical for the implementation of direct air capture technology and thus comes in times most needed to boost climate change efforts. 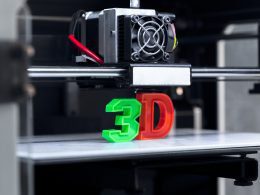 General Electric is entering the carbon capture space with a potential game-changing system. The company is partnering with… 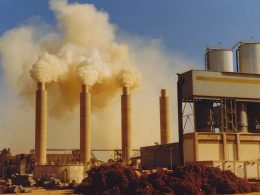 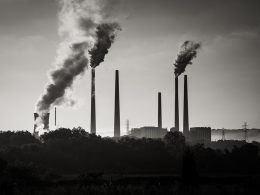 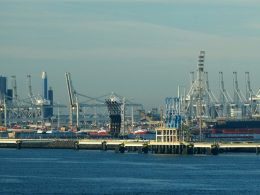 The Dutch government has decided to grant $2.4 billion (2 billion euros) to carbon capture and storage projects…