Carbon Centric – a carbon capture developer based in Norway, signed a letter of intent with Eidsiva Bioenergi – Norway’s third largest district heating supplier, for a carbon capture system on the waste incineration plant at the Trehøringen Energy Center in Hamar, Norway.

The agreement will aim to capture more than 80% of the emissions from the combustion process of the waste-to-energy plant. Between 50,000 and 70,000 metric tons of CO2 can be extracted from the flue gas and turned into valuable products.

That means an equivalent to 5 to 6 tankers of liquid CO2 per day will be captured which is the annual emissions of 11,000 to 15,000 fossil fuel cars. The plant is expected to be operational in 2025.

According to Marit Storvik, director of Eidsiva Bioenergi AS, the company is looking forward to the collaboration with Carbon Centric. The deal provides biogenic CO2 to the utilization market to replace fossil CO2, while at the same time removing the emission from Eidsiva Bioenergi’s plant. The company sees the process as contributing to the circular economy and in line with its strategy.

Carbon Centric will be responsible for the investment, for the establishment and running of the capture plant. This, on the other hand, will allow Eidsiva Bioenergi to focus on its core business.

“We are pleased that Eidsiva Bioenergi wants to work with us. This is a great example of how carbon
capture can already be carried out today. The key is modular capture plants with standardized
dimensions. This enables incinerators to cut greenhouse gas emissions in a faster, cheaper, and safer
way,” says Kenneth Juul, CCO, Carbon Centric.

Carbon Centric is a startup founded in 2021 from an entrepreneurial team and the power producer Østfold Energi. It specializes in developing carbon capture projects with a focus on waste and bio-incineration. The startup also sells turnkey capture plants, in addition to providing carbon capture as a service.

Thanks to the Eidsiva Bioenergi’s project, the company now reaches a total CO2 capture volume of 170,000 tons. According to the press release, the captured CO2 will be used initially, but in the long term, some of the volume might be stored. In the meantime, Carbon Centric wants to contribute to solving the climate crisis by providing CO2 to the market from sustainable sources which displace the carbon dioxide from fossil sources.

Carbon capture in waste incineration plants helps eliminate part of the emissions from this process. However, in the long-term, the energy system needs more sustainable solutions that would not generate emissions that would need to be captured in the first place. 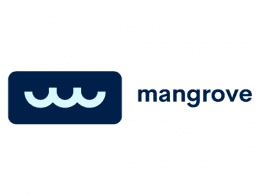 The web3 and climate tech start-up Thallo made a major announcement on November 14th. It announced an oversubscribed…