Relevant: Carbon Capture Tax Credit In Canada Could Cover At Least 50% Of Projects

The amount of the tax credit would be halved from 2031 till 2040 to encourage companies to invest more quickly in their planned projects. It excludes carbon capture projects for enhanced oil recovery.

The tax credit is estimated to cost $2.1 billion ($2.6 billion CAD) during the first five years, and about $1.2 billion per year ($1.5 billion CAD) until 2030. The goal of the government is to allow the oil and gas sector which accounts for about 10% of the country’s economy to continue production while still meeting the 2030 emissions-reduction target of a 40-45% cut.

Canada’s oil and gas companies alliance called Oil Sands Pathways to Net Zero estimated that carbon capture projects would cost about $60 billion ($75 billion CAD) over three decades. The industry has been urging the government to fund roughly 75% of the cost for carbon capture plants – a policy similar to those in Norway and the Netherlands.

“The key for us is 50% will not make all CCUS projects and all opportunities move forward because this is quite expensive to undertake… But it will be constructive and moving in the right direction,” said Tristan Goodman, chief executive of the Explorers and Producers Association of Canada.

Canada’s most emissions’ intensive businesses are trying to achieve net zero in operations by 2050 mostly relying on carbon capture and storage or CO2 utilization technologies. They are faced with intense and growing scrutiny from climate-conscious investors, groups and communities around the world to reduce their emissions burden.

The tax credit would support industrial projects in their goal to reduce annual emissions. It would also increase the more widespread implementation of the technology and thus help in lowering its cost. Advocates also see it as a way to ensure energy security while more renewable and clean energy sources are built rather than slowing down the green transition. 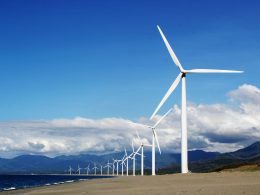 Japan Urged To Focus On Wind Power Rather Than Carbon Capture

A team of British researchers has called on Japan to reconsider its carbon capture efforts and, instead, focus…

The North Sea Transition Authority (NSTA), UK’s nonrenewable energy watchdog, has disclosed its plans for a licensing round… 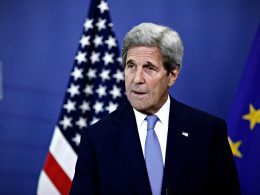 John Kerry: Natural Gas Could Be A Bridge Fuel

John Kerry, the US climate envoy, announced at a U.S. Chamber of Commerce event this week that he… 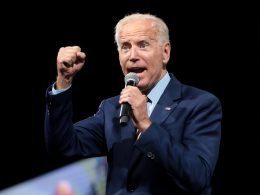 The virtual Leaders Climate Summit was held on the 22nd and 23rd of April 2021, led by President…