Alexandria Ocasio-Cortez Explains Why She Voted “No” On Infrastructure Bill

The US Representative for New York’s 14th congressional district and activist Alexandria Ocasio-Cortez, explained her “no” vote for President Joe Biden’s bipartisan infrastructure bill that passed the House on Friday.

According to her, the bills’ net effect on global climate change seems to be negative as building roads and bridges is a substantial source of emissions. She characterized this effect as a significant electoral issue for her voters every two years.

In an Instagram Live video, Congresswoman Ocasio-Cortez explained that she could not support increasing US carbon emissions without simultaneous commitments to reduce them. She also added regarding the lawmakers that resist climate-related provisions: “A lot of the people making these decisions aren’t going to be here in 2050 and 2060, and we are.”

Relevant: Vote On $1.2 Trillion Infrastructure Bill In The House Postponed

The House voted 228-206 on Friday to pass the $1.2 trillion infrastructure bill after hours of debating, sending it to President Joe Biden’s desk for his signature. A number of progressives including Miss Cortez voted “no” on the legislation, calling for the Build Back Better plan instead.

The Build Back Better plan is a separate bill that contains a much wider range of spending for different projects like green energy tax incentives, expansions of Medicaid, universal pre-kindergarten education, and potentially some form of a paid family leave program.

She also expressed concerns that the $1.2 trillion physical infrastructure bill would add about $256 billion to the US deficit over a decade, and questioned why conservative Democrats who were also worried about the deficit had voted for it.

The approved bill will deliver $550 billion of new federal investments in America’s infrastructure over five years, including everything from bridges and roads to the nation’s broadband, water, and energy systems. However, its net effect on climate change being negative would mean it could extend the country’s deadline for meeting its net zero targets and add up to the already mounting greenhouse gas emissions.

Relevant: How Carbon Capture Could Be Affected By The Infrastructure Bill 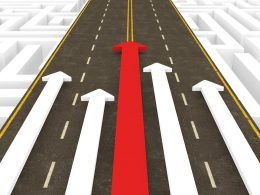 Carbon Capture Tax Credit To Be Introduced By Canada 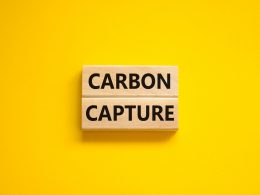 Biden’s $1.75 trillion infrastructure bill, trimmed down from the original $3.5 trillion, receives criticism from environmental groups that…